For the latest news and information on Coronavirus in Smith County, please visit www.nethealthcovid19.org.

Henry Marsh Bell
1893 -1951
Dubbed as “Mr. Tyler”, he championed the Tyler Industrial Foundation, East Texas Medical Foundation and was president of Citizens First National Bank, and the Tyler and East Texas Chambers of Commerce. Watch a video about Mr. Bell.

Rudolph Bergfeld
1855 -1930
The young entrepreneur arrived in Tyler in 1878, with interests ranging from saloons, banking, to real estate. He developed the city’s first residential subdivision and was Chamber of Commerce Director for 30 years. 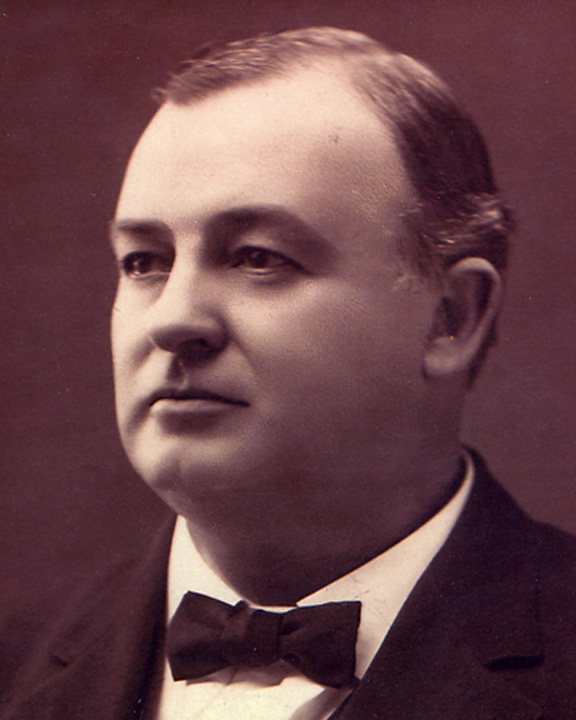 Galloway Calhoun
1894 -1962
He served as First Assistant Attorney General of Texas and Chairman of the Board for the Shriners’ Hospitals from 1949-1962. He was instrumental in bringing Tyler its own Shrine Temple, known as the Sharon Temple.

Horace Chilton
1853 – 1932
Mr. Chilton was the first native born Texan to serve in the United States Congress. Born near Tyler, he served as a U.S. Senator and Assistant Attorney General of Texas.

Lady Willie Lee Campbell Glass
1910-1999
“A Grande Dame” was born into segregation, earned her Masters degree and rose above many barriers to help African Americans. "Service is the rent we pay for living in God's world".

Judge Sam Lindsey
1863 -1961
He was known as a man of vision and earned the honorary title, “Father of the Federal Land Banks”. He was instrumental in the promotion and construction of the Peoples Bank building.

Henry M. Morgan
1895 -1961
Mr. Morgan founded the first Barber College for African Americans on a national scale and is remembered as a civic and political activist, as well as a leader in his profession.

Col. “OC” Osborne Cosby Palmer
1895-1949
The Lindburgh of East Texas and the Father of Aviation in Tyler.

Senator Tomas Glover Pollard
1895 -1962
Senator Pollard served Texas as a Representative for three years and then as Senator for ten years, supporting legislation for oil and gas and the creation of Texas Tech University.

Governor Oran M. Roberts
1815-1883
Roberts was a noted jurist, author, professor, and founding president of the Texas State Historical Association, and served as Chief Justice and Governor of the State of Texas. 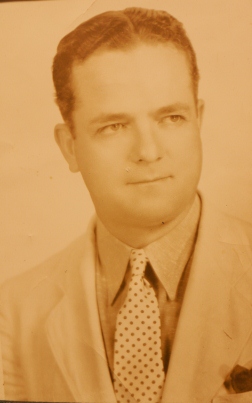 Shirley Simons, Sr.
1896 -1963
Shirley Simons, a famed architect, designed many outstanding buildings that have received national historic recognition such as City Hall and the U.S. Post Office/Courthouse. His numerous architectural designs have enhanced the Tyler vertical landscape. Watch a video about Mr. Simons.

Texas College
Founded in 1894 to educate the children of former slaves, the College continues to benefit society through its vision to “Enhance the Culture of Learning.” Watch a video about Texas College. 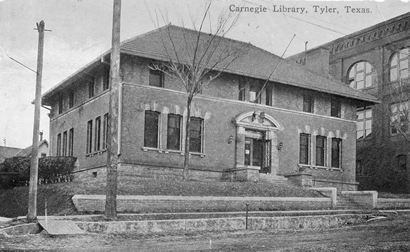 Tyler Public Library
Since 1899, the library has served to expand the horizons and dreams of Tyler’s citizens while connecting them to the cultural and historic heritage of mankind.

Tyler Woman’s Building
Located at 911 S. Broadway, this building provided the launching pad for the Tyler Civic Theatre and East Texas Symphony Orchestra. Built in 1932, it became a civic and social gathering place for the Tyler community.

Robert Walter (RW) Fair
1886-1965
A man of deep faith and generosity, from humble beginnings, became a successful farmer and oilman. In 1935, established the R.W. Fair Foundation; Believes "To whom much is given, much is expected." Watch a video about Mr. Fair.

D. K. Caldwell
1887-1977
A gentleman of vision who built roads, supported historic preservation, generously promoted education, and established the Caldwell Zoo, all for the betterment of Tyler. 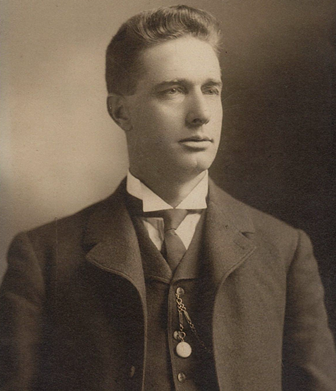 Walter Connally (with photo)
1863-1918
A leading citizen and businessman with interests in cotton gin machinery, banking, wholesale hardware and farming. Watch a video about Mr. Connally.

Benjamin Bryant Beaird
1840-1915
A faithful resident of Tyler, he served as Smith County Judge, County Commissioner and Fair President. He was a member of the Texas Legislature and mayor of Tyler. Watch a video about Mr. Beaird.

Sarah Mcclendon
1910-2003
As a local journalist, she established her own news service and covered 12 presidents as a White House reporter. She was a WAC officer during WWII and championed women’s and veterans’ rights.

Elizabeth Herndon Potter
1871 - 1966
Potter was a suffragette, first president of the Tyler Public Library Board, benefactor for the YMCA and Boy Scouts.

Brady P. Gentry
1896 - 1966
Gentry served as a U.S.Congressman & Texas Highway Commission Chair. He was instrumental in the development of Texas Farm Roads & the Interstate Highway System & was a major benefactor to Tyler Junior College.

Hampson Boren Gary
1873 - 1952
Born in Tyler, Gary was responsible for organizing the Smith County Rifles. He was also a soldier,public servant, diplomat to Egypt and minister to Switzerland.

F.M. (Frank) Bell
1853-1938
As one of the significant leaders of Tyler from the mid 1880’s to the early 1900’s, Mr. Bell was instrumental in developing and designing what is now downtown Tyler to Houston street and west to Vine/Palace.

Francis Marion Bell
1821-1854
One of the original founders of Tyler and Smith County having served on the first City of Tyler City Alderman (Council). He also opened the first retail grocery/supply store in downtown Tyler.

Henry Marsh Bell, Jr.
1928-1999
Is credited for being a leader in building Tyler's highly recognized medical community with the development of East Texas Medical Center and was a key player in development of the University of Texas at Tyler and in industrial expansion as a key player in the former Tyler Industrial Foundation, he helped bring to Tyler the General Electric air-conditioning factory

Thomas Bonner
1838-1891
Bonner was a farmer, soldier, banker, lawyer and speaker of the house for the Texas Legislature. He founded the first bank in Tyler and was instrumental in building the Tyler railroad.

The Tyler Junior League
Established in 1950
In 1950, 13 civic-minded women created the Tyler Service League to improve the community through organized volunteer service. Now known as the Junior League of Tyler, these trained volunteers continue the legacy of effective action. 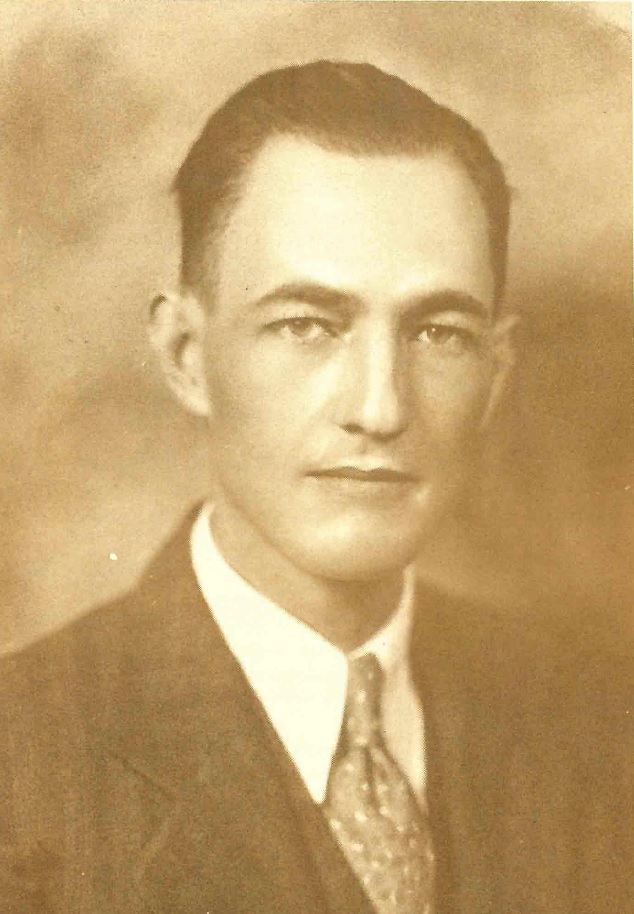 Aubrey A. Arnold
1903-2001
Mr. Arnold dedicated 68 working years to the City of Tyler. His philosophy of public service is reflected in his untiring efforts toward making Tyler a better community in which to live.

Earle B. Mayfield
1881-1964
Mayfield was an influential attorney, politician and civic leader. He served in the Texas and United States Senate, on the Texas Railroad Commission and was president of the Mayfield Grocery Company

Earl C. Andrews
1907-1997
Earl C. Andrews was a leader, role model and a gentle man of faith who dedicated his entire life to philanthropic and business activities within the Tyler community.

W.D. Swann
1845-1935
A Civil War drummer at age 16, who rose to prominence as a Smith County landowner, banker and member of the Texas Legislature.

Colonel Bryan Marsh
1833-1901
Marsh served in the Texas Cavalry during the Civil War and gained further fame with the Texas Rangers. He served as Smith County Sheriff for 20 years.

East Texas Symphony Orchestra
Established in 1936
Since its founding in 1936 through the hard work and commitment of some of Tyler's preeminent civic leaders, the East Texas Symphony Orchestra has served as a center point to the cultural community of Tyler and the surround area. Through its history the orchestra has presented the highest quality of orchestral performance, encouraged the development of local emerging talent and offered citizens the opportunity to experience the talents of world class guest artists. The orchestra has worked to further music education in the region through its own programming, as well as through collaborations with other community entities and the Tyler public schools. The East Texas Symphony Orchestra continues to be a unique example of Tyler's cultural heritage, enriching lives for over 75 years with live performances of great symphonic music.

Thomas Elam Swann
1875-1939
Thomas Elam "T.E." Swann founded Swann's Furniture Company in 1895. He was a businessman, Entrepreneur, Corporate leader and philanthropist. He was known as "T.E. Swann, the Furniture Man." He was always looking for new fields to endeavor and conscious of new trends. He had various enterprises including RCA Victoria franchise for Texas, Tyler Motor Company and local real estate development. He valued children by establishing scholarships and college funding opportunities.

Willie Neal Johnson
1935-2001
Founder and lead singer of the Gospel Keynotes who won numerous awards and inducted into the Gospel Music and Gospel Quartet Halls of Fame in 1999.