The City of Tyler held an on-line virtual public hearing on Monday, May 11, 2020 to present a formal hearing and presentation for the proposed bike lane striping on roadways in Tyler.

The meeting was held from 6:00 to 7:30 p.m. with project staff presenting information. Members of the public were able to call and verbally provide testimony immediately following the virtual presentation

The public hearing will be available to view until May 26.

The purpose of the hearing is to present the Tyler Bike Stripes Project plan and to receive public comment on the proposed project.

If you do not have internet access, you may call 903-531-1204 to ask questions about the project and access project materials at any time during the project development process.

Residents can also submit comments via our online form.

To be included as part of the project’s official record, comments must be received by Monday, May 26, 2020.

All verbally provided testimony and timely written comments submitted by mail or email will be included as part of the official record for this hearing and project, and considered by the City of Tyler.

Responses to verbally provided testimony and comments will be prepared by the City, included as part of the hearing and project record and will be available on this webpage.

The project identifies 11 bicycle lane routes and a centralized hub near the downtown area. The proposed work includes painting bicycle lanes and placing designated signage along the existing roadways. An overview of all the routes is provided below along with plans for the new "spokes." 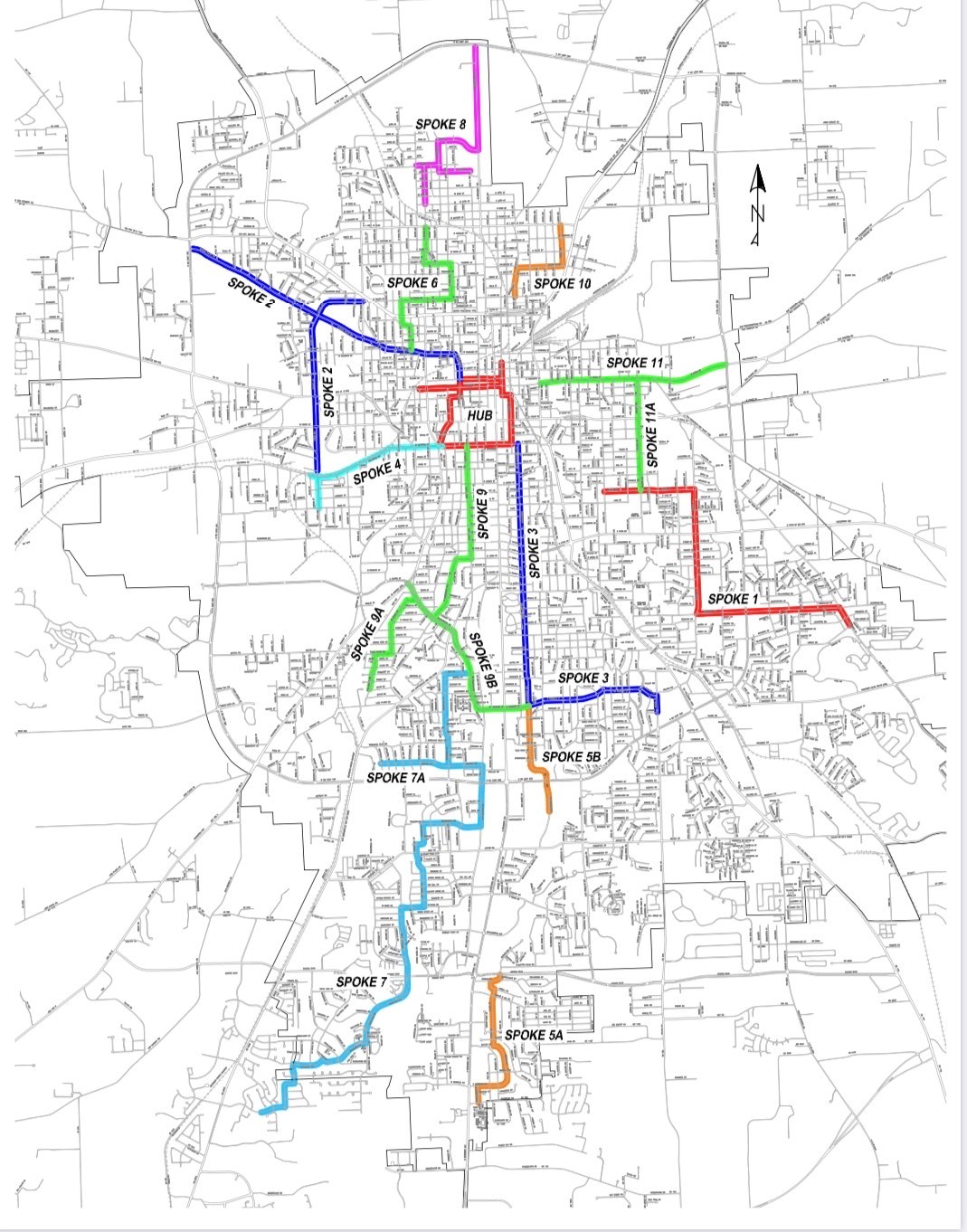 As part of the Tyler 21 Plan, the City of Tyler is committed to developing alternatives to automobile transportation by making pedestrian and bike travel a priority. Bike routes, bike lanes and the hike and bike trail systems connect parks, offices, retail centers, lodging, schools and neighborhoods; all to promote a healthy lifestyle and eco-friendly community.

Bike Routes are designated roadways where bicyclists share the road with vehicular traffic.

Bike Lanes are areas with specific striping to designate the area bicyclists should ride in.