We're working on site updates! Some content may not be available. We appreciate your patience as we work to improve your experience.

Great Decisions is an annual lecture series hosted by the Tyler Public Library, League of Women Voters, and American Association of University Women. The topics are provided by the Foreign Policy Association each year.

Great Decisions occurs in January and goes through the beginning of March. It's every Wednesday from 12 - 1 p.m. in the Taylor Auditorium.

January 15 | The Philippines and the U.S. presented by Ed. Santos

Ed Santos is a proud "American by Choice." Currently on his 28th year of Physical Therapy practice, he
migrated to Tyler from Manila, The Philippines. Now at home in East Texas, he is a business partner with JBC Computers. 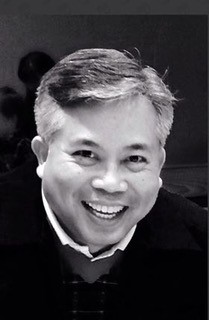 Through the years, he has been active with the Better Business Bureau, Tyler Sunrise Rotary, Tyler YMCA, Diocese of Tyler - Cathedral of Immaculate Conception, and numerous Filipino American Associations. He is a graduate of leadership Tyler Class 14 and a regular participant in Tyler Area Chamber of Commerce programs.

He served for eight years in the US Navy and received his American citizenship in 2010. He has many times been invited to speak in the naturalization ceremonies at the federal courthouse where he has been very well received. Ed Santos lived through the Marcos dictatorship and witnessed the emergence of democracy through the 1986 Peoples Revolution in the Philippine Islands.

The Philippines has had a special relationship with the United States since the islands were ceded by Spain to the United States after the Spanish-American War at the end of the 19th century.  However, since the election of Rodrigo Duterte, the country has pivoted more toward China, and away from the U.S. Duterte has also launched a large-scale war on drugs that many criticize for its brutality. What does the future hold for U.S, relations with the Philippines? 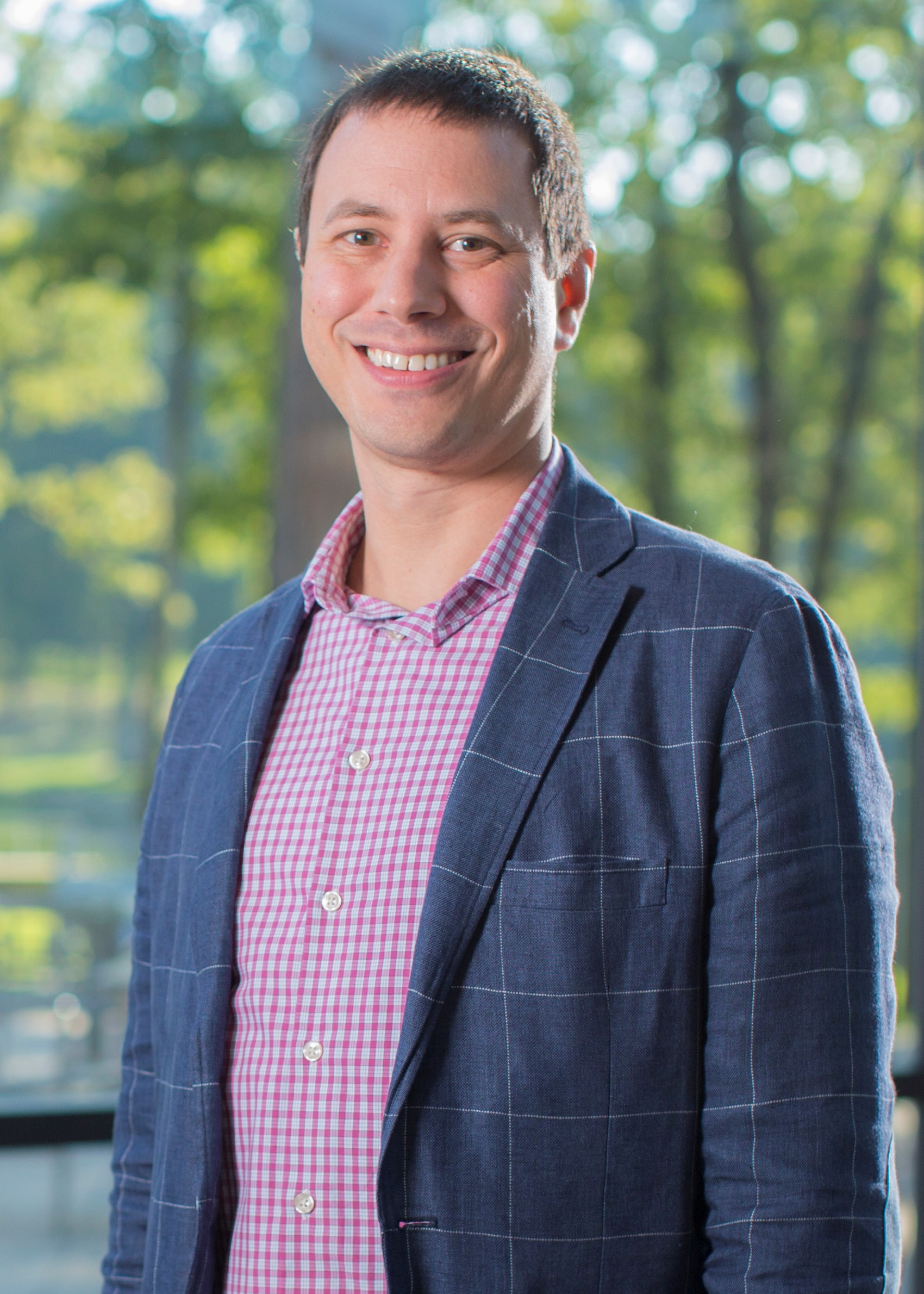 Colin Snider is Associate Professor of Latin American History at the University of Texas-Tyler. He specializes in social movements, military regimes, state-society relations, and human rights & memory in Latin America. He has published articles on Brazil's student movements in the Cold War; on university autonomy and social mobilization in Brazil; on education and student activism in the 2013 Brazilian protests; and on human rights, memory and transitional politics in the 21st century. He has also published book chapters on struggles for university reform in Brazil, and on Catholic student activism in Brazil. Current projects focus on higher education in Brazil in the twentieth century, and on memory struggles over the legacies of the 21-year military dictatorship.

As the Trump administration continues to withdraw from the world stage, China is looking to fill the void. How does Latin America fit into China’s “One Belt, One Road” plan? How will the relationship with China affect the region? Should the U.S. be concerned about China’s growing “sphere of influence?”

Dr. Margaret "Betsy" Ott has taught various Biology courses for Tyler Junior College since she moved to
Tyler in 1982. She primarily teaches Human Anatomy and Physiology I & II and Biology for Science Majors I & II. She earned her doctoral degree in Forestry from Stephen F. Austin State University with a research area of biodiversity in plantation understory. 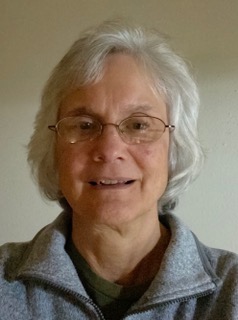 In 2004, Dr. Ott was elected President of the National Association of Biology Teachers (NABT). In 2016, she was given the Honorary Membership Award of NABT. She served as president of the Human Anatomy and Physiology Society (HAPS) in 2015-16. She is currently a mentor in an NSF-sponsored HAPS initiative to encourage scholarship in teaching and learning among 2-year college instructors.

Dr. Ott's teaching philosophy is to "make sure you get your money's worth!" She believes that the scope of Anatomy and Physiology, coupled with the critical nature of working in the Health Sciences, requires that students strive to meet a very high level of mastery in this subject. She does her best to help each student reach that high level. For science majors, teaching the nature of science and the skills essential to critical inquiry provide the foundation for the study of life on earth.

Outside of teaching, Dr. Ott's interests include keeping up with environmental issues (biodiversity,
conservation, climate change), the intersection of science and society, mechanisms of evolution, and science education. 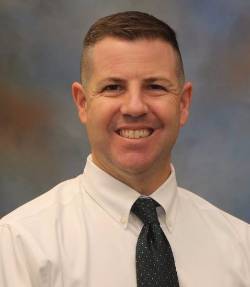 Dr. Scott began working at The University of Texas at Tyler in the Fall of 2015 after a thirteen year career in municipal policing in Texas. His research interests focus on criminal justice education, domestic and family violence, sexual assault and stalking crimes, and crimes against children. Dr. Scott teaches undergraduate and graduate courses that focus upon Criminal Justice Policy, Criminal Investigations, Criminology, and Criminal Procedures. He is also an undergraduate criminal justice student advisor and serves on graduate level master thesis committees. Dr. Scott earned his Master of Public Affairs and Master of Science in Criminal Justice from the University of Texas as Tyler. His Ph.D. in Public Affairs is from the University of Texas at Dallas.

Almost every nation has enacted laws criminalizing human trafficking, and international organizations, governments, and NGOs sponsor a large variety of projects to curb trafficking and slavery. Billions of dollars have been allocated to these efforts. What is the international community doing to combat slavery and trafficking? What are the experiences like for those being trafficked?

Combating illegal immigration has become a priority of the Trump administration. The Northern Triangle of Central America, made up of Honduras, El Salvador, and Guatemala, is a special target of the administration, which hold the nations responsible for the large flow of migrants from Latin America to the U.S. With funds from the U.S. cut, how can the Northern Triangle countries curtail migration? 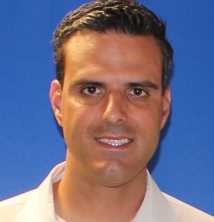 Jeffrey Crean is a Professor of History at Tyler Junior College. His dissertation at Texas A&M University, “With Fear and Favor: A Rising China and the Path to Normalization, 1954-1971,” explored the role worries about the future rise of China to great power status played in building public support for Nixon’s outreach to the Chinese Communists. His research focuses on the interactions between diplomacy, domestic politics, and the U.S. military. He has previously taught courses in history, government, and international affairs at Texas A&M, Blinn College, and the Bush School, and published articles in the journals Diplomacy & Statecraft, War & Society, and the Journal of American-East Asian Relations.

India’s Prime Minister Narendra Modi rode a wave of Hindu nationalism to a historic reelection in 2019. His first order of business was to revoke the special status granted to the Kashmir region, inflaming the rivalry between India and Pakistan. How will the Kashmir situation affect the region, both economically and politically?

John Barrett is an Assistant Professor of Political Science at LeTourneau University in Longview, Texas. He has a Bachelor of Science in Foreign Service from Georgetown University, a Master of Arts in InternationalRelations/International Affairs from the Johns Hopkins School of Advanced International Studies (SAIS), and a Ph.D. in Religion, Politics and Society from Baylor University. His research focuses on interactions between politics and Christianity and he is the author of, Evangelism and Politics: A Christian Perspective on the Church and the State. Copies are available through his website, www.professorbarrett.com.

Prior to joining the faculty of LeTourneau University, he worked in the private sector serving as a consultant to Fortune 500 companies such as Apple, Google, Samsung, Comcast, AT&T, and Verizon. He and his wife Karen have seven children: Nissah, Christian, William, Jonah, Annah, David, and Isaac.

The Red Sea has remained vital for global trade since the time of ancient Egypt. Once home to the spice trade, the Red Sea now sees millions of barrels of oil a day transported across its waters. With major nations like China, France, Italy, and the U.S. building large ports and bases in the region, what does the future of the region look like? How important is Red Sea security for global security? Can the region be a place of global cooperation?

Policymakers in many countries are developing plans and funding research in artificial intelligence (AI). Global growth is slowing, and not surprisingly, many policymakers hope that AI will provide a magic solution. The EU, Brazil, and other Western countries have adopted regulations that grant users greater control over their data and require that firms using AI be transparent about how they use it. Will the U.S. follow suit?