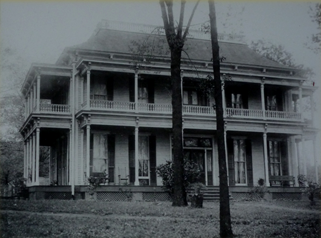 The Goodman home was originally built in 1859 as a one-story, four-room house, and it was established on a nine-acre wooded parcel of land. It was known as Bonnie Castle by its first owner and occupant, Samuel Gallatin Smith. The young well-to-do bachelor and attorney sold the house in 1861 when the Civil War broke out. Mr. Smith became a Captain in the Confederacy and was later killed in battle in Louisiana. The next owner who bought the home in 1861 was Franklin N. Gary, a local school teacher.

In 1866, a year after the Civil War ended, Dr. Samuel Adams Goodman, a retired country doctor from South Carolina, purchased the house from Mr. Gary. The following year in 1867, his son, Dr. William Jeffries Goodman, a local doctor and Civil War Major and Chief Surgeon, bought the house from his father and moved in with his new bride, Mary Priscilla Gaston. Her brother was William Henry Gaston, a founder of the city of Dallas, and one of Dallas' first millionaires. For 73 years and four generations, this prominent family made the house their family home.

Dr. & Mrs. W.J. Goodman raised three children in the home. They added the second story to the house, in the Italianate-style architecture, around 1880. Their oldest child and daughter, Sallie Gertrude Goodman, married James H. LeGrand in October, 1893. She and her husband lived here throughout their lives, and after the deaths of Sallie's parents, siblings and her two year old son who died in 1896.

In 1926, Sallie and her husband, remodeled the house to its current state, which is in the Classic Revival-style architecture. The 1926 remodel included the construction of the projecting circular porticos and the massive two-story columns. When Sallie Goodman LeGrand died in 1939, four years after her husband's death, she was the last direct heir to live in the house. Upon her death, she bequeathed the Goodman-LeGrand estate (the land, home and furnishings) to the City of Tyler, with instructions to maintain the historic family home and to keep it open as a public museum. The City of Tyler officially took ownership in 1940.

Much of what we currently know about the home and its past residents comes from journals kept by Sallie. Her diaries recount tales about guests who stayed in the house, stories of the numerous family trips and where a lot of the furnishings and artifacts originally came from. The journals also describe several elegant social galas that took place in the home, supper parties and receptions held for Texas state politicians.

In 2010-2011, the Goodman-LeGrand underwent a major exterior renovations project, which brought the exterior paint and shingled mansard roof back to its original colors from the 1880 remodel. Today, the home is still furnished with the original belongings of the Goodman-LeGrand family, some of which are older than the house itself as they date back to the early 1800's. The museum offers visitors a chance to view such items as antique hand-carved furniture and musical instruments, a grandfather clock, fine silver and crystal, hand-painted Limoges china, original clothing, medical books dating back to the early 1800's, Civil War-era surgical tools and medical cases, original paintings and photographs and many other rare and interesting items.

Step back in time and see what makes the Goodman unique! 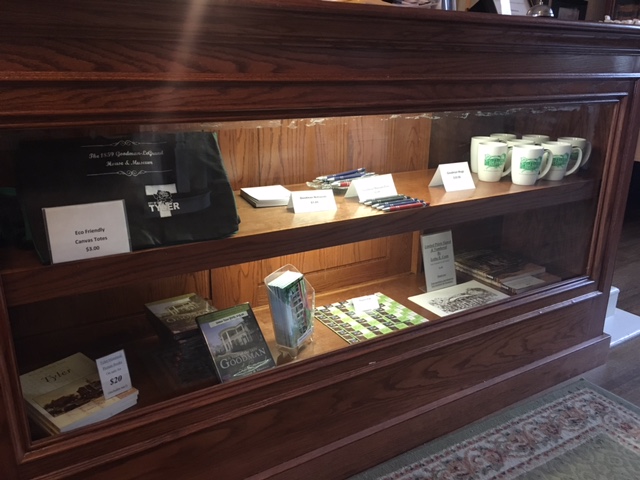 We have new items in the Gift Shop!

All representing a chance for you to support your local museum!