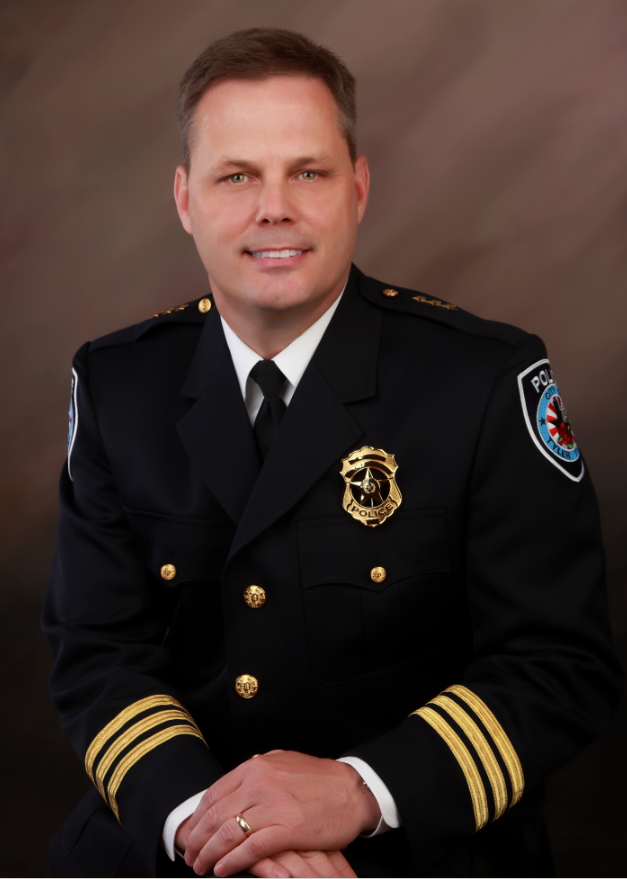 Chief of Police Jimmy Toler is a veteran of the Tyler Police Department with over 20 plus years of service. As the Chief of Police, he commands a department comprised of 247 employees (194 sworn) and oversees an annual operating budget of $26 million dollars.

Chief Toler began his career with the Tyler Police Department in December 1993. During his years of service with the department, he has had the opportunity to work within the Patrol, Investigations, and Administrative divisions of the department. Prior to promoting, he worked as a Patrol Officer, a Youth Crimes Investigator, a Crimes Against Children Investigator and District Investigator.

Chief Toler promoted to the rank of Sergeant in September 2001. As a Sergeant, he has performed assignments in the Patrol, Vice / Narcotics and the Integrity Unit. He promoted to Lieutenant in April 2009 and was assigned to the patrol division as a shift commander. In September 2009, he attended the City of Tyler Lean Six Sigma training program. As a Lieutenant, he received his Lean Six Sigma Green Belt and Black Belt certifications. Utilizing the Lean Six Sigma methodology, he focused on making improvements to numerous areas of the department. He is a member of the City of Tyler Performance Excellence Program and continues to work to implement strategic planning principles and best practices throughout the organization.

In July 2013, he promoted to Assistant Chief and assumed command of the Patrol Division. In this assignment, he supervised Patrol Operations, the Traffic Unit, Training, Career Development and Airport Security. In June 2015, he transferred to the Investigations Division. As the Investigations Division Commander, he supervised Criminal Investigators, Community Response, Dispatch / Communications, Records, and Building / Fleet operations. Chief Toler worked as the departmental liaison during the development and construction of the Faulkner Park Police Station.

Chief Toler received his Associates Degree from Kilgore College in 1991 and a Bachelor of Science Degree in Political Science from the University of Texas at Tyler in 1993. Chief Toler is a graduate of the Law Enforcement Management Institute of Texas / Leadership Command College and the Federal Bureau of Investigation (F.B.I.) National Academy, 251st Session. In addition, he is a graduate of Leadership Tyler (Class 28).

Chief Toler serves as an Executive Team Leader for the City of Tyler. In addition to the responsibilities of the police department, he oversees the operations of Animal Services and Code Enforcement.