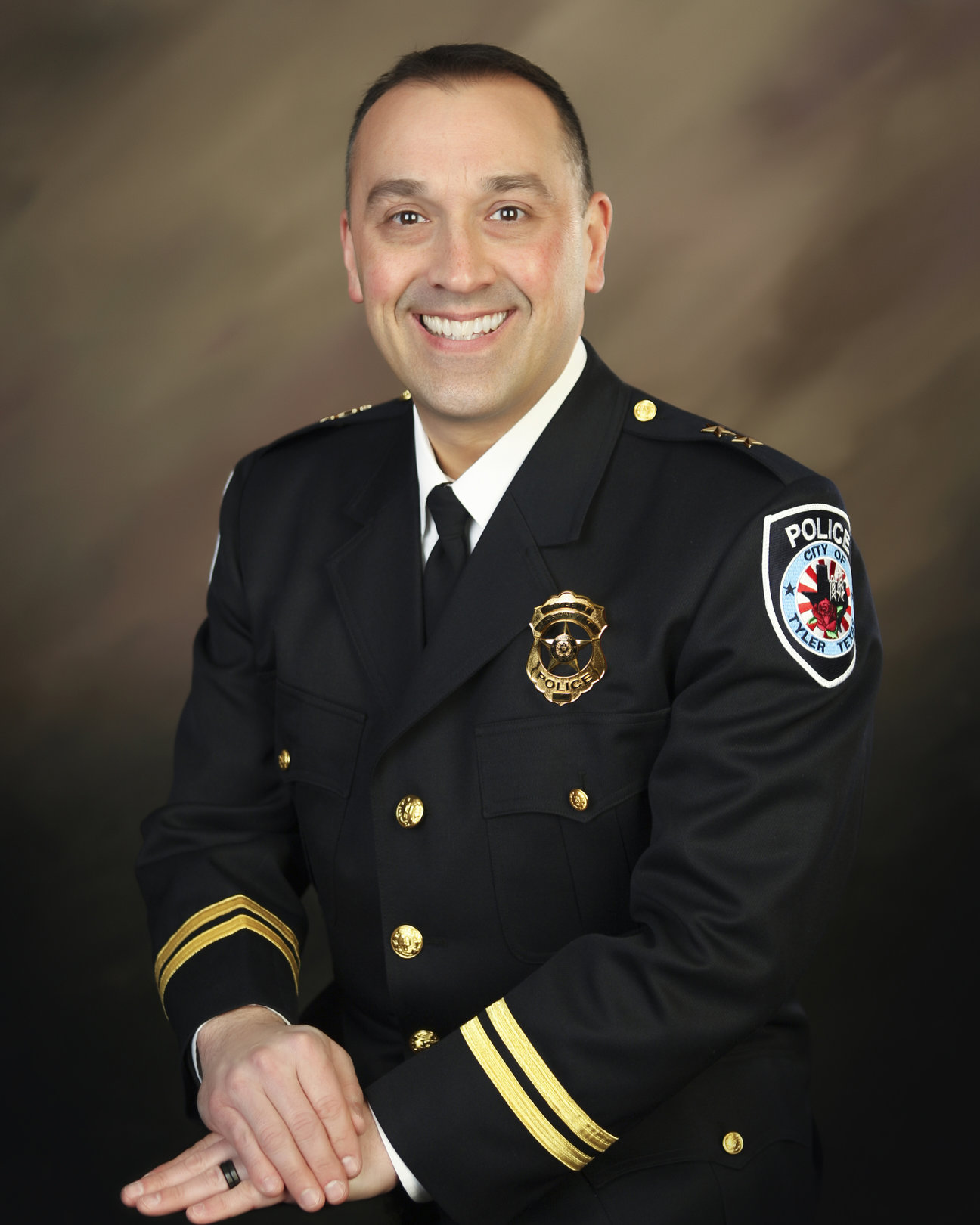 Assistant. Chief Yates began his career with the Tyler Police Department in April, 1999, and attended the first Tyler Junior College Police academy. During his years of service with the department, he has had the opportunity to work within the Patrol and Investigation divisions of the department.

Prior to promoting, he worked as a Patrol Officer, Bicycle Officer, SWAT Officer, Field Training Officer, and a TCOLE Instructor.

He promoted to the rank of Sergeant in May 2008. As a Sergeant, Yates has performed assignments in the Patrol, K9, Gang, and the Crimes Against Persons Unit. He also served as the Assistant Field Training Coordinator. He promoted to Lieutenant in February 2014, and was assigned to the patrol division as a shift commander. In 2016, he was assigned to the Criminal Investigation Division where he supervised 6 sergeants, 23 detectives, 15 officers, and 3 civilians.

Assistant Chief Yates has received numerous awards and commendations, including meritorious conduct, life saving award, certificate of achievement and certificate of merit. In 2001, he was also recognized as Rookie of the Year and Supervisor of the Year in 2012.

Assistant Chief Yates received his Associates Degree from Tyler Junior College and a Bachelor of Applied Arts and Sciences Degree from Midwestern State University, where he graduated with honors. He graduated from the Texas Police Chiefs Developing Leaders Course.