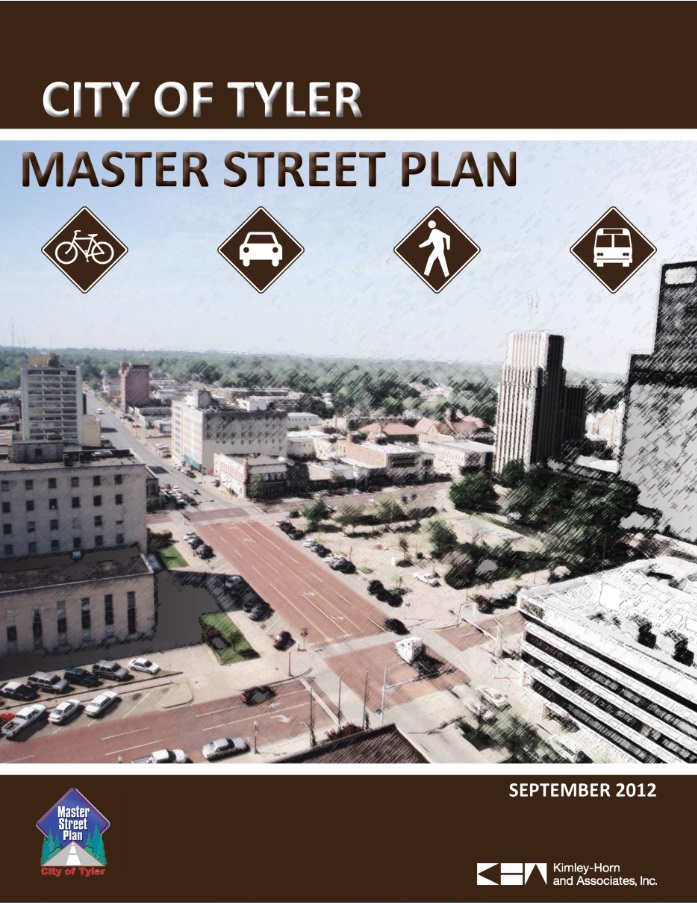 The Master Street Plan is a long range thoroughfare plan that identifies the location and type of roadway facilities that are needed to meet projected long term growth in the Tyler area for the next 20 to 40 years. It is not a list of construction projects but serves as a tool for the City, County and State to use in facilitating the preservation of future corridors for transportation system development as the need arises.

The City of Tyler staff uses this plan regularly during the review process for new developments in the City Limits and Extraterritorial Jurisdiction (ETJ). The document allows developers to plan their projects in conjunction with the proposals and know what to expect during the development process. The plan is also used by the City, County and State when designing street projects so that they make allowances for future street connections. In addition to proposed locations for the streets, the plan also establishes routes that could incorporate bicycle and pedestrian facilities. The extension of Cumberland Road from South Broadway Avenue to Old Jacksonville Highway is one example of how the plan was implemented.